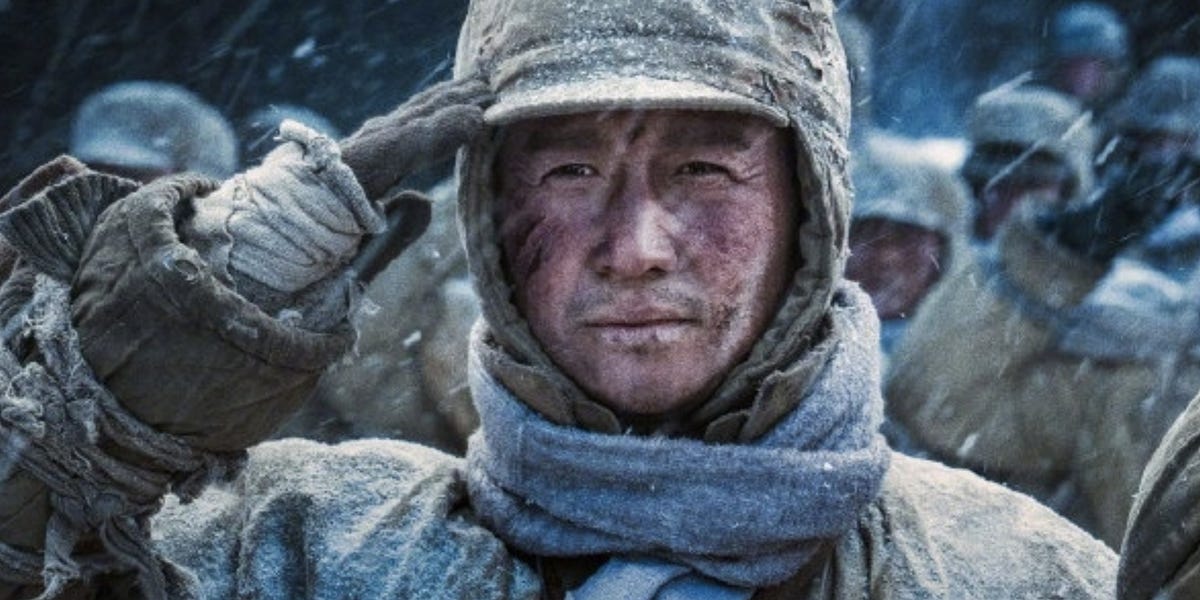 “Venom: Let There Be Carnage” may have exceeded expectations at the US box office, but the biggest movie of the weekend was the Chinese blockbuster “The Battle at Lake Changjin.”

The war epic earned $203 million over the three-day weekend and $235 million from Thursday through Sunday, marking the start of China’s week-long National Day holiday, which is typically a boon for the box office.

The film’s success is another win for Chinese-produced films in the region, which have helped the China box office surpass the US as the biggest in the world during the pandemic.

The “Venom” sequel earned a pandemic-best opening of $90 million domestically over the weekend, but no US film debut has come anywhere close to the numbers local films have in China, where the theatrical market has rebounded more quickly. Other Chinese blockbusters like “Hi, Mom” and “Detective Chinatown 3” opened earlier this year with nearly $200 million and $400 million, respectively.

The James Bond movie “No Time to Die” also opened in some international markets before its US debut this Friday and its China debut later this month. It grossed $119 million.

“The Battle at Lake Changjin” had a production budget over $200 million, which would make it China’s most expensive film ever, according to The Hollywood Reporter. The Chinese ticketing service Maoyan is projecting it to ultimately earn close to $800 million, THR reported, which would make it one of China’s highest-grossing movies of all time.

“Production values in China have gone way up,” said Stanley Rosen, a political science professor at the University of Southern California who specializes in Chinese politics and cinema.

So far this year, just two Hollywood releases have cracked the top 10 at the overall China box office: “F9” and “Godzilla vs. Kong.”

“There are Chinese blockbusters that Chinese filmmakers are making that people want to watch, and they feel less derivative than those made in Hollywood,” said Aynne Kokas, a media studies professor at the University of Virginia and the author of the book “Hollywood Made in China.”

The success of Chinese productions during the pandemic is happening “in parallel with a widespread tightening” of local media and the nation’s film market, Kokas said, which has particularly impacted Disney.

The Chinese government approves all foreign films being released in the region, and it has shut out this year’s Marvel releases, “Black Widow” and “Shang-Chi and the Legend of the Ten Rings.” It also ordered a media blackout of “Mulan” last year ahead of its release, and the movie flopped there with just $40 million.

China has a 34-film quota on the number of foreign films released in the country per year on a revenue-sharing basis,  with Chinese entities getting a cut. Kokas predicted that fewer Hollywood films would be approved in the coming years and that those that are will face a “much tighter regulatory environment.”

Rosen said that China still needs Hollywood if it wants to remain the biggest theatrical market in the world. The usual suspects like Marvel (when approved), “Fast and Furious,” and the upcoming “Avatar” sequels will still do well, he predicted. (The “Avatar” re-release this year made $57 million in China.)

But the China-Hollywood relationship “won’t be like the old days” going forward, he said.

“In 2016, three of top four films in China were Hollywood films,” Rosen said. “Those times might be gone.”

Home Improvement tips
We use cookies on our website to give you the most relevant experience by remembering your preferences and repeat visits. By clicking “Accept All”, you consent to the use of ALL the cookies. However, you may visit "Cookie Settings" to provide a controlled consent.
Cookie SettingsAccept All
Manage consent