The Northman
Out now
Robert Eggers’ latest is a violent, striking, epic Viking saga that takes a top drawer cast– including Alexander Skarsgård, Ethan Hawke, Nicole Kidman, Anya Taylor-Joy, Björk and Willem Dafoe – and lets them run absolutely riot in a wild tale of revenge and blood lust in the frozen north.

The Lost City
Out now
Daniel Radcliffe flexes his villain muscles as a greedy mad billionaire (is there any other kind?) who kidnaps Sandra Bullock’s reclusive romance novelist in an action-adventure-comedy homaging the likes of 1984’s Romancing the Stone. Channing Tatum rounds out the cast as a charmingly empty-headed lunk.

Benedetta
Out now
You don’t go into a film by Paul Verhoeven (the man who brought us RoboCop, Basic Instinct and Showgirls) expecting a tasteful slow-burn drama, and Benedetta doesn’t disappoint, being the raunchy tale of a distinctly unchaste nun plagued (or blessed) with psychic visions.

Operation Mincemeat
Out now
Colin Firth leads a cast of British stalwarts in their efforts to bamboozle the Axis powers, through a mixture of British pluck and ingenuity, in the sort of solid second world war spy thriller that essentially could have been made at any point in the last 60 years or so. Catherine Bray

Roberto Fonseca
Band on the Wall, Manchester, 21 April; The Sage, Gateshead, 22 April
A sophisticated and eclectic pianist but also a thrilling live entertainer, Cuba’s Roberto Fonseca – former sideman with the legendary Buena Vista Social Club – vividly bridges African, Latin, American and European musics. He and a sharp trio showcase his genre-hopping Yesun album across the UK this week and next. Robert Fordham

Our Place in Space
Derry/Londonderry from 22 April to 22 May
This ten-mile cosmic sculpture trail has been devised by artist Oliver Jeffers and scientist Stephen Smartt. It’s a living version of those thought experiments where if the sun is an orange, the Earth is a grape two miles away. Here you can walk the miles, or download the app.

Katie Paterson
Ingleby Gallery, Edinburgh, to 11 June
Space and science fascinate this conceptual artist. Paterson’s latest work is a lament for the planet that consists of a glass cube, a funerary urn and phials of dust, some of which is so old it spans the entire history of the solar system. Some of it even predates the sun.

Rosemarie Castoro
Thaddaeus Ropac Gallery, London, to 21 May
This is the first solo show in Britain for a New York artist who started as an avant garde dancer and went on to create objects that shape space like props for an unspecified performance. She was also a painter, and some of her works are giant brushstrokes flowing like rivers.

Football: Designing the Beautiful Game
Design Museum, London, to 29 August
They call it the beautiful game, apparently, and this exhibition explores the aesthetic and engineering side of soccer. It covers everything from stadium architecture to hi-tech boots. These design elements are surveyed as part of a history of football and its heroes, including Pelé and Maradonna. Jonathan Jones

Marys Seacole
Donmar Warehouse, London, to 4 June
The creative team behind the electric production of Jackie Sibblies Drury’s Fairview reunite to stage her latest work. It’s about a pioneering Jamaican nurse who crossed borders and broke boundaries to heal wounded soldiers in the Crimean war.

The Taxidermist’s Daughter
Chichester Festival Theatre, to 30 April
The theatre’s 60th anniversary kicks off with Kate Mosse’s adaptation of her own gothic novel. Set in and around Chichester, this hugely popular tale is about a young woman haunted by her past, and ripples with ghosts, bloody mysteries, broken memories and madness.

Russian Doll
Netflix, 20 April
Four years after being forced to relive her 36th birthday on repeat, Natasha Lyonne’s Nadia (pictured above) discovers a mysterious portal in Manhattan that takes her back to her traumatic past. According to its creator and star, the extremely trippy time-travel drama’s second season is “deep and deeply off-the-wall”.

Chivalry
All 4/Channel 4, 21 April, 10pm
Steve Coogan is a lothario producer and Sarah Solemani a progressive indie director in this promisingly timely comedy-drama – also written by the pair – which examines gender politics from all angles on a post-#MeToo film set. Wanda Sykes, Sienna Miller, Aisling Bea and Lolly Adefope complete the starry cast.

Inside No 9
iPlayer/BBC2, 20 April, 10pm
Reece Shearsmith and Steve Pemberton’s horror-comedy anthology series has been responsible for some of the most frightening, compelling and beautiful TV drama of recent years. Now it’s back to extract more hair-raising twists from banal scenarios, including a lakeside university reunion and a teacher starting work at a village school.

Lake
PS4/5, out now
You are a fortysomething computer programmer called Meredith Weiss, and you’re returning to your home town by a picturesque lake to deliver the post for a few weeks. This sleepy slice-of-life game is now out on PlayStation

Swedish House Mafia – Paradise Again
Out now
The EDM overlords return after their short-lived 2013 retirement. As per any faceless dance behemoths, there are myriad collaborators involved, with Paradise Again featuring everyone from The Weeknd to Ty Dolla $ign to, well, Sting. There’s also a collaboration with Ikea pencilled in for September.

Kurt Vile – Watch My Moves
Out now
On Like Exploding Stones, the lead single from Philadelphia singer-songwriter Vile’s typically skewed ninth album, he explores his anxiety – “Pain ricocheting in my brain like exploding stones” – for seven minutes. Thankfully a droll sense of humour underpins the pain, letting the listener into the album’s frayed and frazzled world.

Omar Apollo – Ivory
Out now
While 24-year-old Indiana native Apollo’s 2020 lockdown mixtape Apolonio hinted at superstar status, his debut proper seems to confirm it. Comfortable singing in English and Spanish, he skates across genres with ease, be it riding bass-heavy hip-hop beats courtesy of the Neptunes on recent single Tamagotchi, or exploring lo-fi rock on the hypnotic Invincible. Michael Cragg

The Lost Leonardo
Sky Arts, 19 April
At $450m, Salvator Mundi is the most expensive painting ever sold at auction. Yet questions persist about whether it is a work by Leonardo. Playing like a thriller, this documentary recounts its rise in the art market.

Arts & Ideas
BBC Radio 3, 21 April
The BBC’s 10 New Generation Thinkers for 2022 present their latest work on the long-running Radio 3 podcast. Among the cohort is Dr Eleanor Chan’s history of musical notation and Dr Joan Passey’s sounds of the sea. 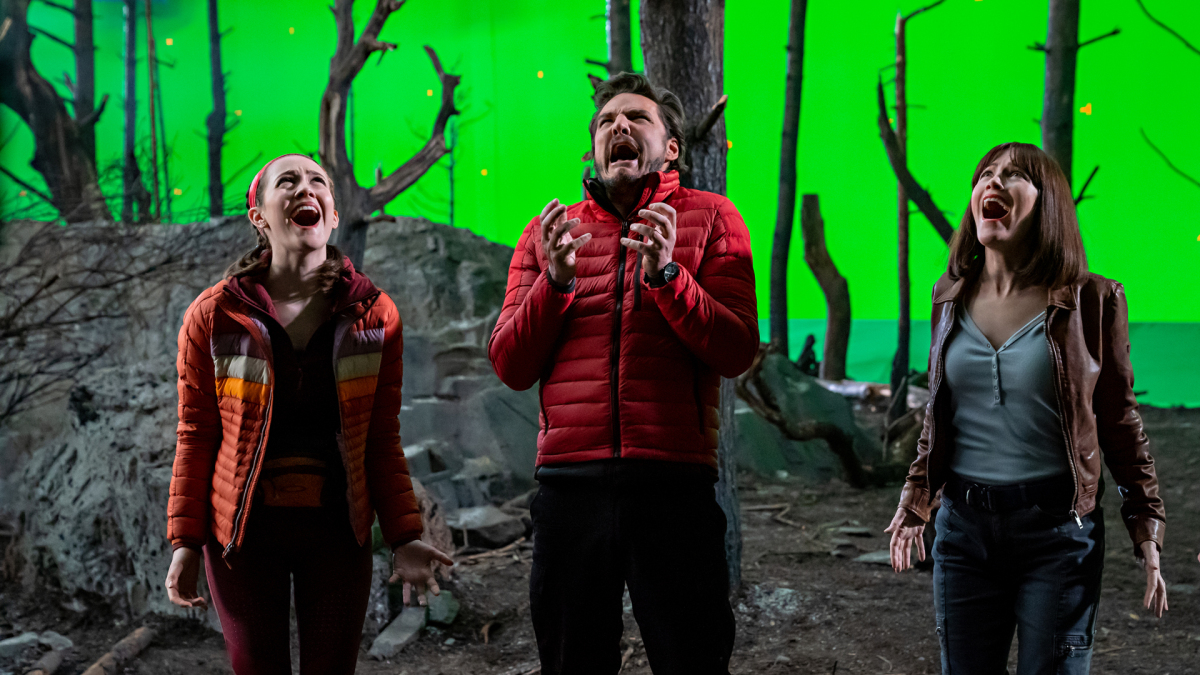