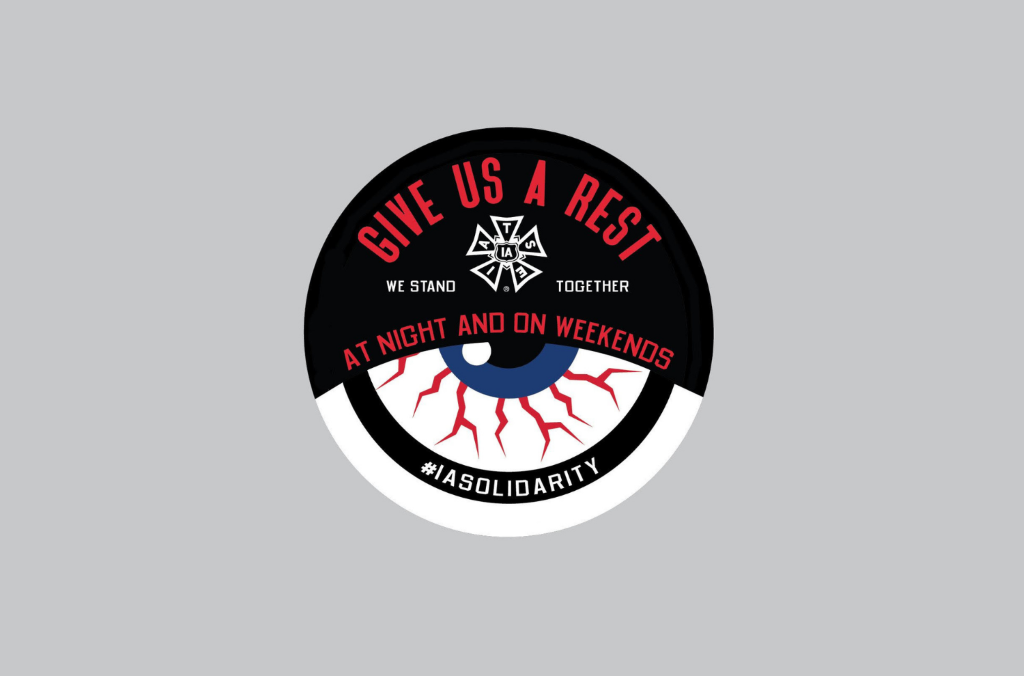 On October 1, the crew members of most union film and television productions in the United States will decide whether to go on strike for fair pay, adequate rest, and regular breaks — things that should be a given, but are hard to come by in Hollywood.

While streaming companies have posted record profits, rank-and-file union members have seen their quality of life erode with stagnant wages and assaults on their health and pension plans. Skilled workers years into their careers are making little more than $15 an hour. Crew members are sharing horror stories of car accidents after eighteen-hour days and health issues stemming from being denied bathroom breaks.

If workers vote “yes” on the upcoming strike authorization, the strike will be unprecedented for their union and significant for the entire labor movement. The International Alliance of Theatrical Stage Employees (IATSE) has never actually struck all of its West Coast locals at once. An estimated 60,000 IATSE members could walk off the job in the coming weeks, which would be the biggest private sector strike in the United States in over a decade.

Striking workers would include almost everyone who works on a film set besides directors, writers, and actors. In show business, we use the term “below the line” to describe this group, which includes camera operators, grips, costumers, script supervisors, writers’ assistants, set decorators, and many more. The term comes from the actual positions of names on call sheets, where directors, writers, and top-billed acting talent are placed “above the line.” Without “below the line” workers, the films and shows you watch would never get made.

Individual locals of IATSE have struck before. 1941 saw the famous Disney animators’ strike, sparked by Walt Disney’s failure to share profits on Snow White. This era of militancy in Tinseltown culminated in the 1945 strike of the nascent set decorators’ local, which is remembered as the most violent strike in Hollywood history.

Since then, lingering post-blacklist anti-communism in the industry and Reaganite neoliberalism in society at large have led to a less militant climate. Even so, the Writers Guild of America (WGA) has struck six times since World War II, while actors have walked out four times — once, ironically, led by then Screen Actors Guild (SAG) president Ronald Reagan himself. The more boss-friendly Directors Guild of America (DGA) has only struck once, for a total of three hours and five minutes — roughly the length of a lunch meeting at the Ivy.

If the upcoming IATSE strike authorization vote and subsequent bargaining result in a strike, it would be one of the largest in Hollywood history. And with so many different crafts walking out, it would also be the most disruptive. Film and television in the United States would grind to a halt.

The Writers Guild of America traditionally “sets pattern” for Hollywood — the DGA bargains first, then the WGA goes second, but tends to bargain more aggressively. Though the WGA membership and leadership were prepared to walk the picket line, they were unable to strike during their last contract negotiation, which unfortunately fell during the height of COVID-19. As a result, IATSE has found itself in a unique position to set the tone for Hollywood labor.

For months, thirteen West Coast locals have been in negotiations with the Alliance of Motion Picture and Television Producers (AMPTP), which represents companies like Disney, Amazon, and Viacom. All reports indicate that the union and the bosses are failing to see eye to eye on numerous bargaining points. What’s at stake in the stalemate is no less than the future of the industry in the era of streaming.

In the early 2000s, streaming services were classified as “new media” in various entertainment contracts because their future was viewed as uncertain. As the footprint of these companies and their profits have skyrocketed, the overly generous deals they received as “new media” enterprises have largely stayed in place. Consequently, streaming services have been able to offer lower pay, enjoy less restrictive rules, and owe lower residuals, even though they have replaced traditional film and television companies in terms of output and income.

Today’s entertainment industry workers are doing the same work as previous generations for less pay while companies post unprecedented profits. If you worked on Friends, you probably own a house. If you work on Wandavision, you’re probably still renting.

Workers don’t even have clarity on how many people see the fruits of their labor. Tech companies are notoriously protective of their consumer data, and often digital residuals are fixed quarterly payments rather than payments tied to actual viewership. The upshot is that someone who works on a massive hit like Stranger Things gets the same residual payment as someone who has a hand in creating a quickly canceled one-season wonder.

The rise of so-called new media has not only resulted in lower wages in Hollywood, but also brought long-simmering quality-of-life issues to a head. One key issue in these negotiations is “turnaround,” the industry term for how much time workers get between days of work. A minimum ten-hour turnaround is supposed to be mandatory for crew, but this is often not honored. A popular graphic created by IATSE features a bloodshot eye and reads, “Give us a rest at night and on weekends.”

Camera and lighting crew locals (Locals 600, 728, and 80) have been particularly vocal on this issue. In a rare move, a group of fourteen top cinematographers, including Roger Deakins (No Country For Old Men), Emmanuel “Chivo” Lubezki (Birdman), and Ellen Kuras (Eternal Sunshine of the Spotless Mind), recently penned an open letter calling on the AMPTP “to increase daily rest periods and implement weekend rest periods to ensure the physical and mental health of every member of the crew.”

Having gotten my start in locations and production, I can attest that fourteen-hour days or longer are par for the course in Hollywood. The reality is that the penalties for overtime are not enough to deter producers from pushing crews to the brink.

Wages and working hours are not the only issues on the table. Each of the thirteen locals contains many crafts, and all of them have their own bargaining points to address. The Instagram account @ia_stories has been collecting anonymous workplace horror stories from rank-and-file union members. The account has amassed over 90,000 followers as of this writing. Its feed is full of shocking stories detailing what Hollywood workers put up with every day. If you scroll through their posts, you’ll see everything from production assistants being asked to break the law to camera operators being denied bathroom breaks.

Despite the abhorrent conditions many crew members contend with, the studios are seeking rollbacks of existing benefits, citing the pandemic, even though Hollywood has maintained a healthy balance sheet throughout the COVID-19 era. Several publications have reported that the AMPTP is seeking rollbacks in pension contributions and so-called “meal penalties,” fines production companies must pay if they keep crew working past their scheduled meal breaks.

There is a lot on the table that is specific to the particular work environment of Hollywood, but themes in these negotiations echo other recent labor disputes across the country. Tech industry “disruption” has led emboldened corporate management to squeeze the craftspeople and artists who make their media content. For example, Quibi’s short-lived business model was predicated on underpaying their crews, and copycats are sure to follow in its wake.

It is no coincidence that Hollywood has also seen the same spike in labor militancy and left-wing politics that has erupted in sectors like teaching, journalism, logistics, and hospitality. The tech-focused private equity overlords use the same playbook in every industry.

An IATSE strike would be a high-water mark in Hollywood’s labor resurgence, but the trend of increasing militancy in the entertainment industry has been evident for years.

Television writers’ assistants and script coordinators unionized following a successful drive by IATSE 871 in 2018. Unions like the United Teachers of Los Angeles and UNITE HERE have counted on Hollywood workers as a part of their coalitions during strikes and direct actions.

DSA members and coalition partners have won board seats in several unions. DSA-Los Angeles’s (DSA-LA) Hollywood Labor Project was recently the subject of a positive profile in the Hollywood Reporter, a publication that was once notorious for red-baiting.

Whether IATSE will strike remains uncertain. A majority of delegates from participating locals must vote in favor of the authorization, and local delegates can only support the authorization if 75 percent of the local votes “yes.” While Hollywood unions tend to get a high percentage of “yes” votes — the 2017 WGA strike authorization passed with 96 percent in favor, while the 1980 SAG strike saw 90 percent of its members vote for a strike — it is crucial that the union get an overwhelming majority ahead of a potential strike.

In recent days, there has been an outpouring of support from prominent writers, actors, directors, and local politicians as the possibility of a strike looms. If the union does strike, it will enjoy robust support from an increasingly radicalized Hollywood. 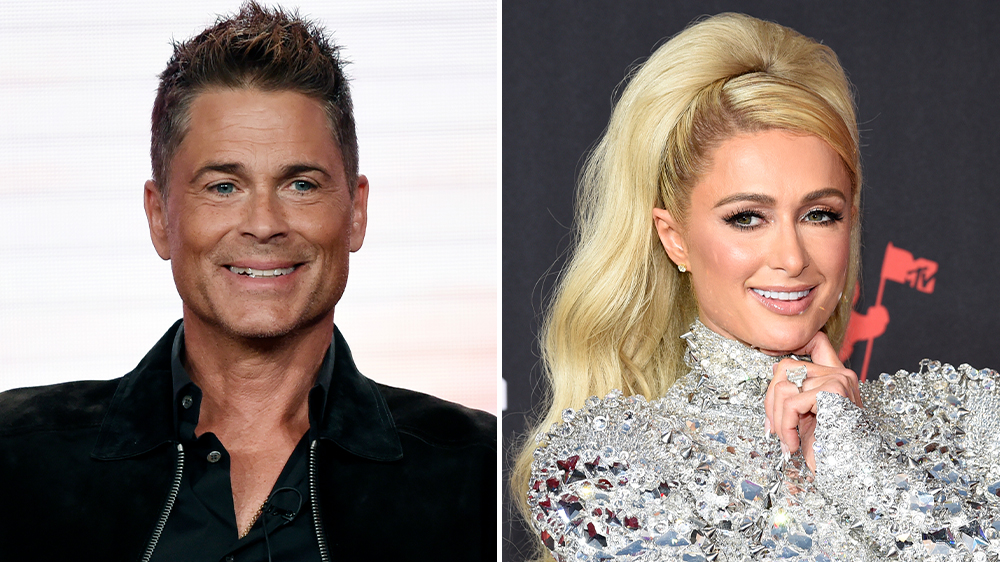 education portal news
We use cookies on our website to give you the most relevant experience by remembering your preferences and repeat visits. By clicking “Accept All”, you consent to the use of ALL the cookies. However, you may visit "Cookie Settings" to provide a controlled consent.
Cookie SettingsAccept All
Manage consent