Melvin Van Peebles, the filmmaker praised as the godfather of modern Black cinema and a trailblazer in American independent movies, died on Tuesday at his home in Manhattan. He was 89.

His death was announced by his son Mario Van Peebles, the actor and director.

A Renaissance man whose work spanned books, theater and music, Mr. Van Peebles is best known for his third feature film, “Sweet Sweetback’s Baadasssss Song,” which drew mixed reviews when it was released in 1971, ignited intense debate and became a national hit. The hero, Sweetback, starred in a sex show at a brothel, and the movie sizzled with explosive violence, explicit sex and righteous antagonism toward the white power structure. It was dedicated to “all the Black brothers and sisters who have had enough of The Man.”

Mr. Van Peebles’s fiercely independent legacy can be seen in some of the most notable Black films of the past half-century, from Spike Lee’s “She’s Gotta Have It” (1986) to Barry Jenkins’s “Moonlight” (2016). His death arrives at a moment when Black storytelling has belatedly become ascendant in Hollywood.

“I didn’t even know I had a legacy,” he told The New York Times in 2010, when asked about his reputation and influence. “I do what I want to do.”

Not only did Mr. Van Peebles write, direct and score “Sweet Sweetback’s” and play the lead role; he also raised the money to produce it. The film demonstrated that a Black director could convey a highly personal vision to a broad audience.

“For the first time in cinematic history in America, a movie speaks out of an undeniable Black consciousness,” Sam Washington wrote in The Chicago Sun-Times.

In addition to making movies, Mr. Van Peebles published novels, in French as well as in English; wrote two Broadway musicals and produced them simultaneously; and wrote and performed spoken-word albums that many have called forebears of rap.

Over the course of his life he was also a cable-car driver in San Francisco, a portrait painter in Mexico City, a street performer in Paris, a stock options trader in New York, the navigator of an Air Force bomber, a postal worker, a visual artist and, by his own account, a very successful gigolo.

Mr. Van Peebles grandly called himself “the Rosa Parks of Black cinema.” Along with Gordon Parks, whose 1971 film “Shaft” lionized a streetwise Black detective, he was among the first Black filmmakers to reach a wide general audience.

“Sweetback,” “Shaft” and numerous knockoffs released throughout the 1970s were a response to a new militancy among young urban Black people. The movies’ casts were mainly Black, and the music was mainly funk and soul. Racial put-downs of whites were common, as were sex, violence and critiques of capitalism and police brutality. Many displayed a slick coolness. Some romanticized outlaws.

Some critics complained that the genre perpetuated racist myths and stereotypes. After “Super Fly” — the story of a cocaine dealer directed by Mr. Parks’s son Gordon Jr. — was released in 1972, the term “blaxploitation” (a combination of “Black” and “exploitation”) came into general use. The N.A.A.C.P. joined with other civil rights groups to form the Coalition Against Blaxploitation.

In an interview with The New York Times Magazine in 1972, Mr. Van Peebles countered that he was challenging the “false Black images” that white people used “to confuse, drain and colonize our minds.”

Melvin Van Peebles was born on the South Side of Chicago on Aug. 21, 1932. Van was originally his middle name; he later made it part of his last name.

The son of a tailor, he grew up in Phoenix, Ill., a suburb of Chicago. He attended the historically black West Virginia State College (now University) before transferring to Ohio Wesleyan University, where he joined the R.O.T.C. and majored in English literature.

After graduating at age 20 in 1953, he joined the Air Force, becoming a navigator on a B-47 bomber for three years. While in the service he married Maria Marx, a German actress.

After his discharge Mr. Van Peebles could not get hired by a commercial airline, so the newlyweds went to Mexico City, where their son Mario was born. They later had a daughter, Megan, who died in 2006. In addition to Mario, he is survived by another son, Max; a daughter, Marguerite Van Peebles; and 11 grandchildren.

Mr. Van Peebles painted portraits in Mexico before moving to San Francisco, where he worked in the Post Office and drove cable cars. The cable car experience inspired his first book, “The Big Heart” (1957).

He made several short films in San Francisco, then moved on to Hollywood to pursue his cinematic dream. But the only job he could find there was as an elevator operator.

Emigrating to the Netherlands, he studied astronomy — a personal fascination — at the University of Amsterdam and acting at the Dutch National Theater. His marriage ended in divorce, and he hitchhiked to Paris. He sang for coins outside theaters, wrote magazine articles about crime and helped edit a humor magazine. He lived, he later recalled, on $600 a year.

Mr. Van Peebles told People magazine in 1982 that he had supplemented this meager income by ingratiating himself with rich women. “I had a lady for each day of the week,” he said. “I only had to worry about my back giving out.”

He wrote five novels and a volume of short stories that were published in French. Several novels were also published in English, among them “A Bear for the F.B.I.” (1968). Martin Levin, reviewing it in The Times, praised it for “whizzing brilliantly through the memories of a Chicago boyhood” much like the author’s.

After discovering that the French cultural authorities financed films based on works written in French, Mr. Van Peebles won a subsidy to turn his novel “La Permission” into the film “The Story of a Three-Day Pass” (1967). It told of a Black soldier being harassed by his white comrades for having a white girlfriend.

The movie had its premiere at the 1967 San Francisco Film Festival, where it won the Critics’ Choice award. Columbia Pictures then hired him to direct “Watermelon Man” (1970), a satirical comedy about a white bigot, played by Godfrey Cambridge, who turns into a Black man.

Columbia wanted Mr. Van Peebles to shoot alternative endings — one in which the protagonist becomes a Black militant, and another in which he discovers that it was all a dream. Mr. Van Peebles said he “forgot” to shoot the second ending.

Disliking working for a studio, he set out to be an independent filmmaker. To make “Sweetback,” for $500,000, he combined his $70,000 savings with loans, used a nonunion crew and persuaded a film lab to extend him credit.

The plot of the movie concerns a man who attacks two crooked police officers and then escapes as a fugitive to Mexico, vowing to return and “collect some dues.” Only two theaters, in Detroit and Atlanta, would show the movie at first, but it caught fire and for several weeks outgrossed “Love Story.” Its American box office exceeded $15 million (about $100 million in today’s money), a bonanza for an independent film at the time.

The film’s success enabled Mr. Van Peebles to stage a musical he wrote, “Ain’t Supposed to Die a Natural Death,” on Broadway in 1971, with an initial personal investment of $150,000. The show was largely a dramatization of several albums he made in the late 1960s that have been called a precursor of rap music, because his words were spoken rather than sung and his theme addressed the inner life of the dispossessed. Junkies, prostitutes and crooked cops told their stories.

Advance sales were almost nil and reviews were tepid, so Mr. Van Peebles personally promoted the show to Black churches and fraternal groups within a 200-mile radius. Their members came by the busload.

The success of “Natural Death” led him to open on Broadway a second show he had written, “Don’t Play Us Cheap!,” in May 1972. Starting a new production so late in the season — not to mention shepherding two Broadway ventures at once — was called lunacy. But both made money.

The new show was as carefree as the first one was gritty, and it got glowing reviews. Clive Barnes of The Times called it “a sprawling, rambunctious, great-hearted show.” It was turned into a movie in 1973.

Mr. Van Peebles received Tony Award nominations for best book and best original score for “Ain’t Supposed to Die a Natural Death,” as well as a Drama Desk award for most promising book. “Don’t Play Us Cheap!” brought him a Tony nomination for best book.

A revival of “Natural Death,” mounted with the collaboration of Mario Van Peebles and under the direction of Kenny Leon, is scheduled to open on Broadway next year.

Mr. Van Peebles went on to act in movies and on television and occasionally to direct, sometimes in collaboration with his son Mario. In a Manhattan gallery he exhibited paintings and mixed-media works that he had created. He wrote Off Broadway plays. He started a band called Melvin Van Peebles wid Laxative.

His business acumen drew almost as much comment as his artistic gifts. He once called himself “a one-man conglomerate.”

In the mid-1980s, Mr. Van Peebles was one of the few Black options traders on the American Stock Exchange — “making deals, like always,” he said. He wrote a book about it: “Bold Money: How to Get Rich in the Options Market” (1986).

In his 80s, Mr. Van Peebles — who was easily recognizable by his flowing white beard and was seldom without a soggy, occasionally lit cigar — was still running for exercise five times a week and sounding as irascible as ever. He joked that he would not receive recognition for his body of work until he became more feeble. 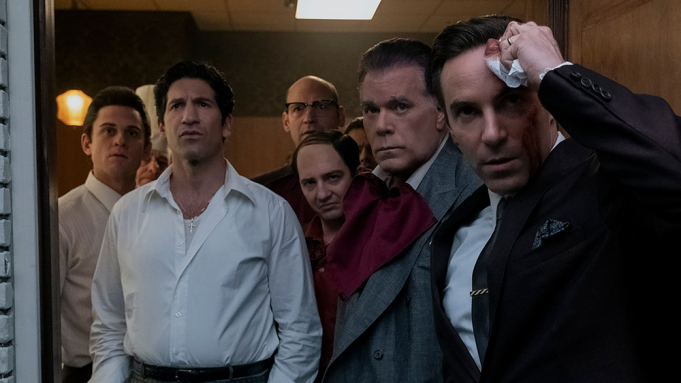