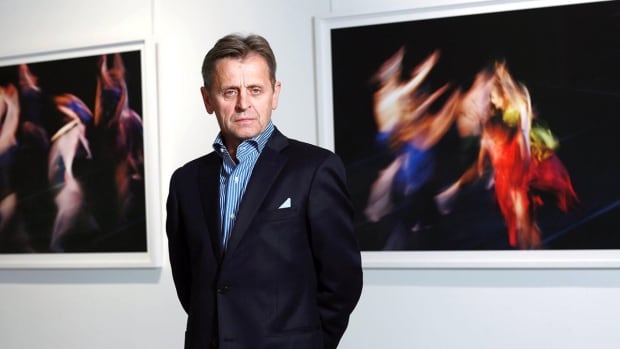 Mikhail Baryshnikov’s legacy is defined by movement, so it’s interesting that the dance legend’s latest project captures the beauty of motion through a collection of still images.

His new photography exhibit, Looking For The Dance, recently had its North American premiere at Toronto’s Lighthouse Artspace. It features more than 20 evocative dance portraits taken on his travels through Argentina and India, and showcases his use of long exposures to blur his subject and create a sense of movement.

“I really like that unfinished quality of images,” Baryshnikov told Q‘s Tom Power in an interview. “Parts of it [are] in focus and the rest of it is floating, kind of, which is really closer to dance than [a] frozen image.”

In the past, Baryshnikov said, some art directors wouldn’t have accepted his shots because of their lack of focus, but the blurred effect he uses is a deliberate creative decision that represents the emotional essence of dance. “[Dance] is a spiritual exercise,” he explained. “I was trying to capture that moment in this exercise.”

The exercise of photography for Baryshnikov is one of rediscovery. More than just documenting traditional dance in Argentina and India, his photos serve as a reminder — to himself and viewers — of what he finds so meaningful about the ability of dancers to “willingly show their soul.”

“That fragility and transparency is the most important in any art,” he told Power.

‘My life in the West started from this city’

While in Toronto for the opening of Looking For The Dance, Baryshnikov said he passed by Meridian Hall (originally, the O’Keefe Centre, as it was known until 1996), which brought back memories of the night of June 29, 1974, when he defected from the Soviet Union.

The Latvian-born artist, then 26, had been performing at the Toronto concert hall with other Soviet dancers as part of a tour that wrapped up that night. In an interview with the Globe and Mail days later, he explained that his reason for leaving his old life behind was artistic rather than political.

When Power asked if he had been afraid to defect (Baryshnikov noted that he prefers the word “selection” rather than “defection” because he believes it’s more civilized), the dancer responded solemnly, “Of course. Of course. Yeah. Well, there was no way out.” He added that he’s forever thankful to the people who helped him seek asylum in Canada.

Baryshnikov later settled in the United States, but Toronto remains an important place for him. “My life in the West started from this city,” he said.

Listen to Tom Power’s full conversation with Mikhail Baryshnikov near the top of this page. He talks more about his photography and his dance career, plus his role as Carrie Bradshaw’s love interest on Sex and the City. 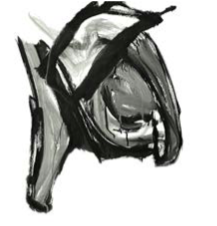