On the screen of my phone, Brian Molko is trying to dodge the camera’s gaze. I’m in Colorado, video calling him in London, watching him chain smoke from across the Atlantic. He sometimes casts glances at the lens, mostly doing his best to forget it’s there.

Over the past 25 years, Molko’s band Placebo have often grappled with the question of image; with being seen, photographed and surveilled. Alongside co-writer and multi-instrumentalist Stefan Olsdal, Molko has carved out a dark and daring aesthetic universe, wrangling topics deemed taboo within alternative rock and culture. There are Placebo songs about abuse, co-dependency, violence and addiction; many seem to ring out from past the end of the world. In 1999, a few years after David Bowie took notice of the band and invited them to open for him – they later duetted on a version of the Placebo song Without You I’m Nothing – REM’s Michael Stipe dedicated It’s the End of the World As We Know It to Placebo at a festival in Belgium.

Inside the gloom, though, a sense of thrill flickers. With their distinctive palette, defined by downtuned guitars, electrified overtones and Molko’s metallic, androgynous voice, Placebo extol the pleasure that can come from kink, unbridled infatuation and queer sex. Back in 1996, when Placebo released their self-titled debut album, Molko and Olsdal wore dresses and makeup onstage and in photoshoots; Molko’s bratty, girlish affect broadcasted a way of moving through the world that flouted binaries. He cultivated a gendered and sexual expansiveness decades before the term “non-binary” slipped into mainstream vernacular.

Placebo didn’t just play music about being queer to a broad audience – they frequently hit the Top 5 of both the UK single and album charts – but made music that insisted that queerness had its delights alongside its dangers. Songs such as Nancy Boy, with its deliriously Cronenbergian music video, traced the fluid morphology of bodies. In one shot, Molko and Olsdal’s heads dissolve into each other: symbolic of how a creative partnership, or music in general, has the power to liquefy the self.

“We had a great opportunity to let parts of us show that we hadn’t up to that point in our lives,” Olsdal tells me from Stockholm a few days after I speak with Molko. “We got the confidence to show the world who we were.”

Molko echoes him. “We were just kids who just wanted to make music. But we couldn’t do it without going onstage in a dress, without talking about our sexuality. It was very, very important for us to not be ashamed,” he says. “And inadvertently, hopefully, we perhaps created something within people who listened to us where they felt that the necessity for shame was decreased.”

Placebo’s upcoming eighth studio album, Never Let Me Go, began germinating during a world tour for the 20th anniversary of that 1996 debut. Newly a duo after parting ways with drummer Steve Forrest, both Molko and Olsdal felt trepidation; reiterating songs they had written in their 20s became stifling.

“It felt like an extremely commercial exercise for me,” Molko says. “I have a very unique point of view as the writer. I’m just looking for mistakes. Having to go back and play songs which felt quite sophomoric for me at first made me want to do something that really, really broke with all of my safety nets.”

Placebo was a way to claim space in the world; the band’s 90s output was life-giving at the time, but by 2016 felt lodged in a bygone era. “We’ve never really felt that we fit in. Having searched for so long, we got tired of searching. So we built our own world instead,” Olsdal says. “That’s what we’ve inhabited. That’s what we know and what we need to find strength, to go up on stage and to perform these songs night after night. But when you build your own world, sometimes you can get trapped by it.”

In the midst of the tour, to shake the band loose, Molko decided to invert Placebo’s typical songwriting process. “What would we normally do? Let’s not do that,” he says. “If you decide to do everything in a way that you don’t actually know how to do, you’ll fall into a series of accidents which can stimulate you or disgust you. That surprise is what I live for.”

Rather than jam with a drummer to feel out the songs from the ground up, Placebo started with what usually comes last: the album cover. “Brian came in with a photograph,” Olsdal says. “And he kept throwing me song titles and potential album titles, and we worked from there.” The cover, recently revealed on Instagram, shows a rocky beach bejewelled with colourful sea glass: bits of human trash worn smooth by the ocean. The image seems to speak to the track Try Better Next Time, an upbeat and sweetly melodic rumination on climate disaster. Molko’s lyrics paint a world of extreme inequality, water shortages, militarised security and human beings growing fins to return to the encroaching sea.

While writing the album, Molko returned to the sci-fi films he had loved as a child – psychedelic ruminations on technology and power from the 1970s, such as Fantastic Planet and Silent Running. “I’m very interested in creating, with each song, an alternative universe where the laws of physics don’t necessarily apply,” he says. “Each song really does exist in its little parallel universe. If we’re not tied down to the laws of physics that are generally accepted in the universe we see, then certainly emotion will follow. Certainly anything is possible in another reality. It allows me to speak freely about what bothers me. I try to exaggerate things to increase dramatic effect, to highlight how ridiculous our reality is.”

The characters in each song further Placebo’s overarching paranoia and suspicion about the world as it stands (“I think my reaction to most things is just disappointment,” Molko tells me). The driving post-punk track Surrounded By Spies, written using the cut-up technique popularised by William S Burroughs, envisions a society in which every eye and camera is trained on the narrator – a commentary on CCTV surveillance and social media alike.

“What are the consequences of the bargain that we’ve struck in order to have all of this communication?” Molko asks. “The system is designed to take your privacy away, contribute to the loss of your freedom, and objectify you to the point that you engage in it proactively.” On the beautifully melancholic Went Missing, he dips into his darkened sprechstimme to imagine someone who can go missing for a living – someone who survives through invisibility, a reversal of the tradeoff made by those who survive by revealing themselves constantly. There are songs of tremendous grief and desperation, such as Happy Birthday in the Sky; songs that feel haunted by past selves such as Twin Demons; songs that render the profound alienation of being seen but not known.

“A lot of the writing I did was me trying to write myself out of feeling trapped in this world,” Olsdal says. “And, however scary things are, trying to engage with it somehow. As social beings, we get anxious when we’re left on our own. We miss the herd on a basic human level. It’s this dichotomy of trying to be an individual, but also having to be a part of others.”

Never Let Me Go might frame the end of humanity, but it also sounds out how we hold each other through the ruin. “I think we’ve come across this theme of ‘love in the time of cholera’,” says Olsdal. Beautiful James is about loving someone outside of heteronormative scripts, about how human affection so often spills over the channels that power digs for it. “I want to live in a world where a song like Beautiful James raises no eyebrows,” Molko tells me. That hope offers a slight opening out of the apocalypse on which so much culture now fixates.

I ask Molko if there’s any chance we make it. He doesn’t really think so. “If the tech billionaires get their way, we’re just going to colonise other planets and repeat our mistakes there,” he says. “The thing about running away is that you’ll always take yourself with you.” So I ask what music can do.

“For me, it’s about not existing in the problem and trying to live in the solution. I wanted to express something visceral, something very human. I just hope that other people will understand it and that it will move them,” he says. “I hope that I’ve been somewhat courageous with this record so that it might inspire courage in others. It might help them stand up for what they believe in. That’s all. That’s what music did for me.”

Never Let Me Go is released on 25 March 2022 on So Recordings. The singles Beautiful James and Surrounded By Spies are out now 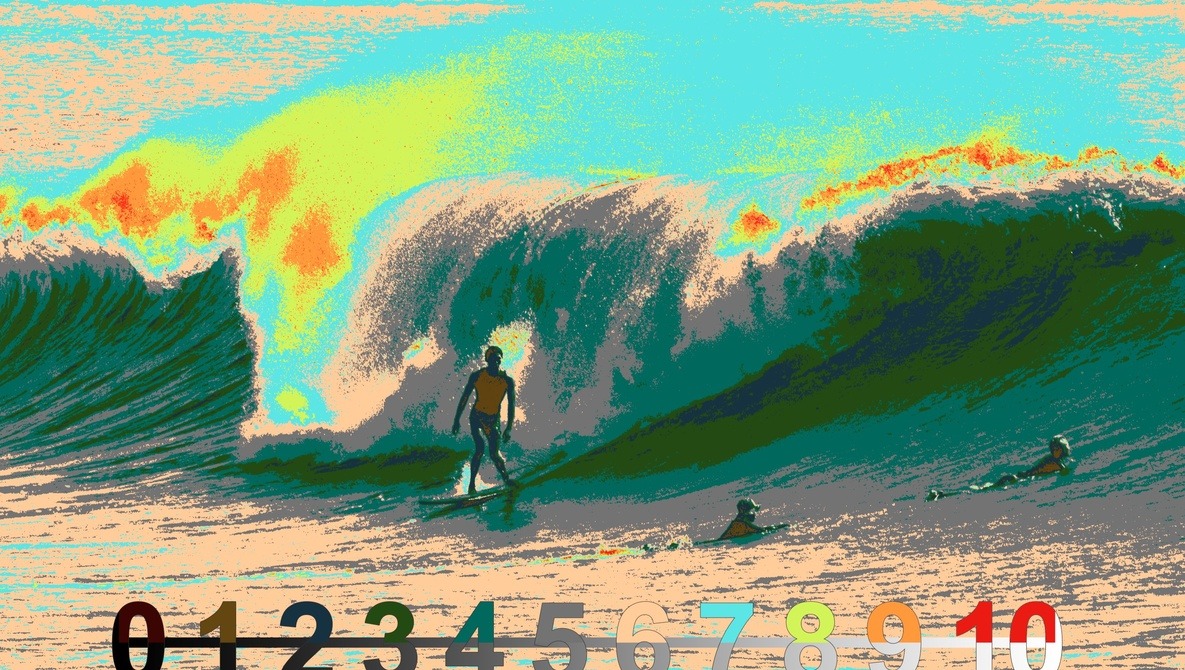 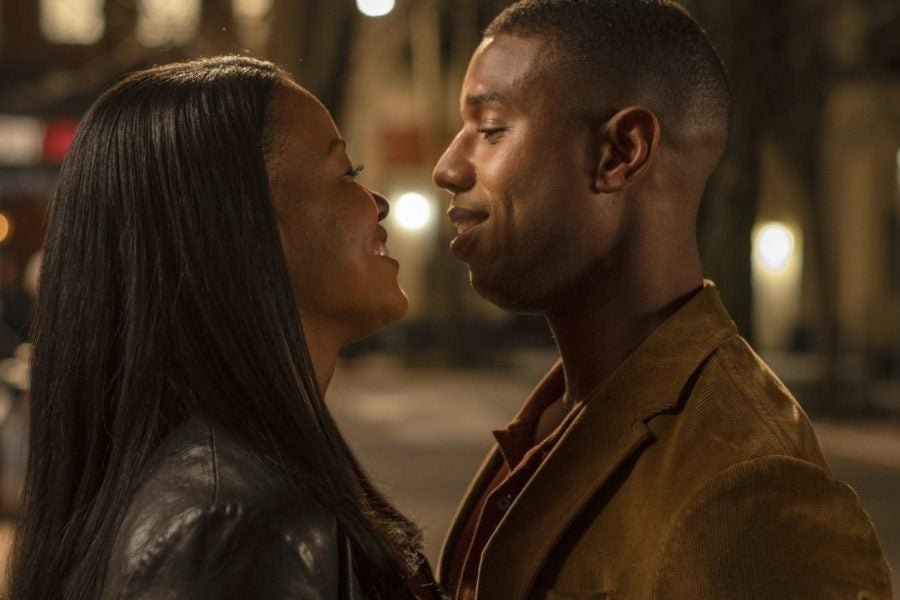 find near homestay
We use cookies on our website to give you the most relevant experience by remembering your preferences and repeat visits. By clicking “Accept All”, you consent to the use of ALL the cookies. However, you may visit "Cookie Settings" to provide a controlled consent.
Cookie SettingsAccept All
Manage consent