James Avery Artisan Jewelry will be the presenting sponsor of the 2021 Texas Arts and Crafts Fair, continuing the legacy of support by the company and its founder.

The fair will be Sept. 25-26 at the Hill Country Arts Foundation in Ingram.

It will be dedicated to Jim Avery, a longtime supporter and board member of both the fair and the HCAF, its host organization.

“We are excited to support the fair and celebrate the 100th birthday and legacy of my grandfather,” said Lindsey Avery Tognietti. “The arts within our community, specifically the Texas Arts & Crafts Fair, was so special to my grandfather, and we are honored that we can donate in his memory this year.”

Fair coordinator Wanda Cash said It is especially fitting this year to honor Avery, who would have celebrated his 100th birthday in December.

“James Avery was a steadfast friend and advocate for the arts in Kerrville and Kerr County,” Cash said. “We are grateful to his family and the company as they perpetuate his presence with gifts like this.”

When the HCAF re-launched the Texas Arts and Crafts Fair in 2018, Chris Avery enthusiastically supported its efforts, with the very first corporate contribution to the new fair.

“Last year, we cancelled the fair out of health and safety concerns during the coronavirus crisis, but we had fixed costs that could not be cancelled, “ Cash said. Careful budgeting helped the HCAF survive the pandemic and keep the doors open for its other programs.

The idea for the arts and crafts fair originated in 1970, when the Texas Tourist Development Agency, inspired by successful arts fairs in West Virginia and Canada, wanted to establish a similar event in Texas. From a number of competing cities, Kerrville was selected as the host site, and the first fair was held Memorial Day weekend in 1972.

At the same time, the Texas Governor’s Office contacted music entrepreneur Rod Kennedy and asked him to create a music event to complement the fair. Two iconic Kerrville events kicked off together: the Texas Arts and Crafts Fair and the Kerrville Folk Festival.

Two years later, the Texas Arts and Crafts Educational Foundation was formed as a non-profit organization to sponsor the fair. Jim Avery was instrumental in this effort, later serving as a board member and its president.

For 30 years, the fair was held on the Schreiner University campus. In 2004, the fair moved, leasing a seven-acre site leased from the county adjacent to the Hill Country Youth Event Center. The last fair was held in 2013 and its non-profit foundation was forced to declare bankruptcy later that year.

The end of the long-running event was a major loss to the community and the entire state.

To continue the fair’s 41-year-old tradition of preserving Texas arts and crafts, the Hill Country Arts Foundation acquired rights to the fair’s name and in 2018, after a hiatus of five years, revived the fair with overwhelming community support, grant funding and about 140 volunteers.

In the first two years of the fair’s revival, in addition to James Avery Artisan Jewelry, major grant support came from the Texas Commission on the Arts, H-E-B, the McLaughlin-Doty Foundation, and the Majestic Ranch Arts Foundation in Boerne.

This fall, fairgoers will be treated to more than 120 artists, musicians, and demonstrators. Headlining the artistic roster, renowned Southwestern painter Amado Peña is featured among the invitation-only “Heritage Artists” exhibit indoors at the foundation’s Duncan-McAshan Gallery. The Heritage Artists have a historical connection to the arts and crafts fair and to the Hill Country Arts Foundation. Peña, along with Edith Maskey of Comfort and Fred Stockbauer of Dripping Springs exhibited at the first fair in 1972, and again in successive years. They are all included in this year’s Heritage line-up.

Scores of other artists will exhibit in festival tents in the area surrounding Stonehenge II. Ceramics, photography, woodworking, and painting of all types shared the tents with jewelry makers, basket makers, metal workers, weavers, and fiber artists.

Kids and adults can enjoy interactive demonstrations by artists and crafters, while storyteller Clifton Fifer, and Doug Baum and the Texas Camel Corps, provide historical fun. Musicians on the Stonehenge Stage include The Flashbacks, Haywire, Kerrvana, Mark Squared and the Phoenix Miller, among others.

The fair site at the Hill Country Arts Foundation is nestled under pecan and oak trees, at the convergence of the Guadalupe River and Johnson Creek. Infrastructure, fiber optic Wi-Fi, and parking improvements make it a perfect location for an arts festival. 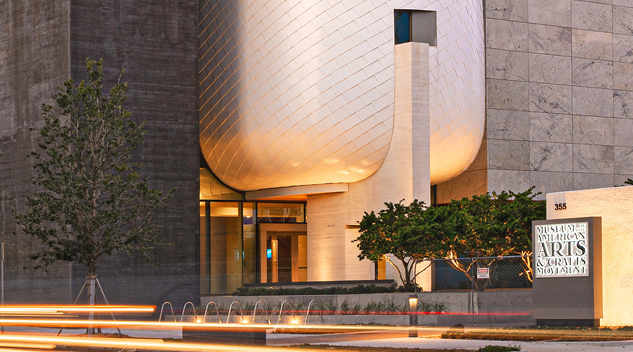